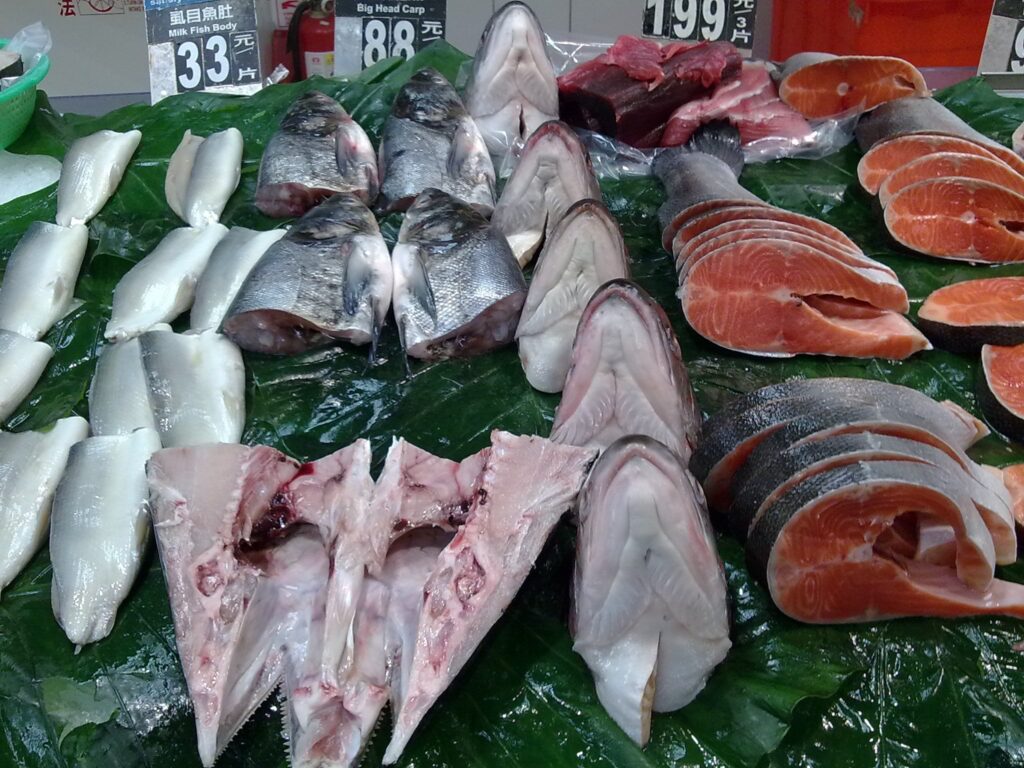 3 pieces of imported salmon for $10 CAN

Our diet has gone through a lot of changes since returning to PEI – some good, some bad. If there was a measure called the healthy quotient than I would say overall the quality of our diet has declined. Particularly the kids, as preparing fresh healthy food to take to school for lunch and snack is much more difficult due to the rampant food allergy problems in Canada. As such their diet is far more reliant on easy foods like bread and such.

One missing ingredient in our diet is fish, particularly salmon. We would have salmon once or twice a week in Taiwan, either for breakfast or dinner. It’s a mystery to me how an island with a thriving fishery has such a poor selection of fish in the grocery and at prices far higher than what we paid before. But then, it was also (not so much) a mystery in Taiwan why a product manufactured a 20 minute walk from my house was cheaper in the US and Canada, than it was locally.