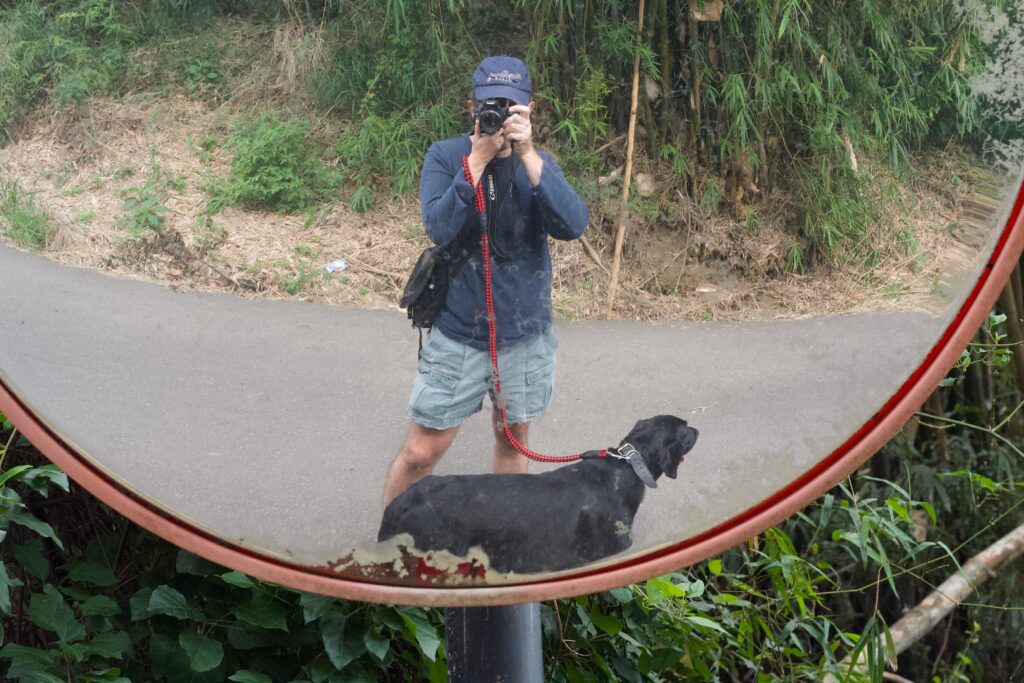 When we finally moved to a house amongst the hills and valleys of the countryside we developed a habit of rescuing street dogs. Buster was our first and he in all his glory exemplified our naivety and inexperience.

The color of his coat hid ticks well. This resulted in a first floor infestation – every one had to take their clothes off before going upstairs and have their body checked. Sleeping with ticks became a theme of my dreams and it took over a month to rid our house of the pests and return to my usual nightmares.

Buster spent his life before us grossly mistreated. Spending his life up to this point locked up in a small cage, his hips were in bad shape and climbing stairs was a slow agonizing process. He was possessive which meant we got bit a lot until I got the whole you don’t “bite the hand that feeds you” under control. Feeding a dog like this raw hamburger from my hand and fingers everyday for a month helped me develop the ability to be calm.

In the end he became a gentle lion and my daughters protector. It was like Moses parting the sea when she walked Buster amongst the crowds of people out walking at night. People had an irrational fear of large black dogs. I miss these walks through the hills of Xiangshan.

In the end I had to send Buster over the rainbow bridge. His liver had exploded and he was in terrible pain. This was his last lesson, the powerful experience of being with someone as they transition from this life to whatever happens next.