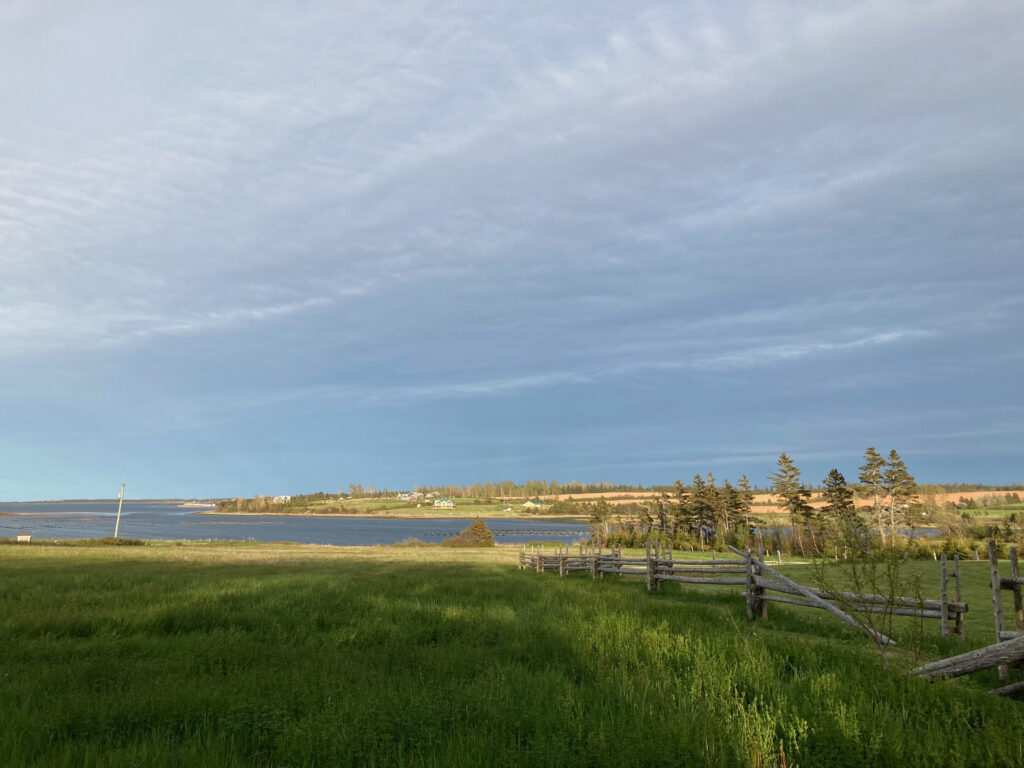 Last night at the risk of having our place smelling like a fat filled fry pan, we prepared burgers and salad for dinner, which as my burgers are usually 3-4x the size of the overpriced variety found in restaurants, usually means an after dinner walk.

This time, instead of a walk around Stratfords own ghetto, we got in the car and headed to Rustico. My thought was that perhaps there would be a village or something to walk around in, which would in addition to a little beach time, would provide a suitable antidote to a fever from eating too much red meat. We never made it to a village, because as I know now that expanse is in the north side while we had driven to the south side, which is anchored by an old house with an Acadian flag on its roof. We did get a chance to peek inside Prince Edward Island’s oldest house, one of the few houses in the area not foreign owned or a short term rental.

It was a nice drive, a chance to see the countryside, and experience some quiet. I also realized that the fact that I actually enjoyed getting in a car, and driving just to go for a drive, means that as I get older I am getting more and more alike my parents. Parents who I set out at an early age to be as dissimilar as possible.