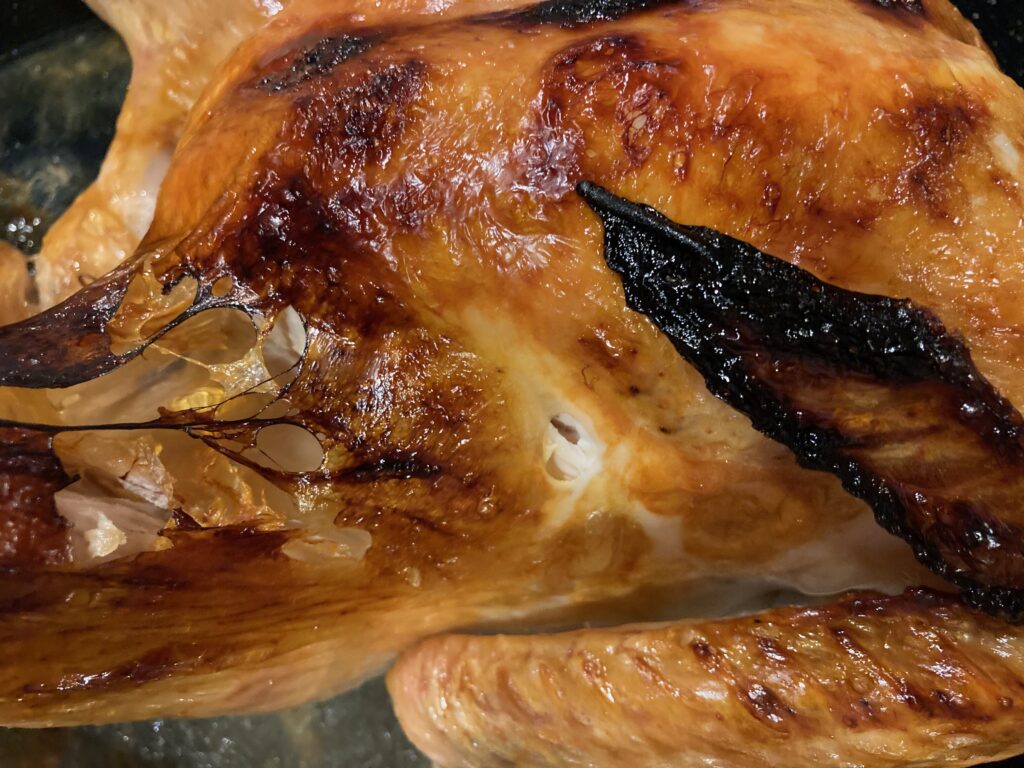 On Sunday I cooked a turkey we had in the freezer as a protein hedge in case the world came apart at the start of the pandemic. Cooking a turkey in of itself is nothing special, I cook most meals, but trying to multitask while browning a turkey proves yet again that multitasking is largely a myth.

With headphones on I heard a strange sizzling sound and came out of my daze to realize that I was actually cooking something. Water was boiling all over the stove. And the oven had been set to broil. A minute longer and we might have been met with disaster. Luckily the turkey, despite some charing, was moist and as delicious as turkey can be.