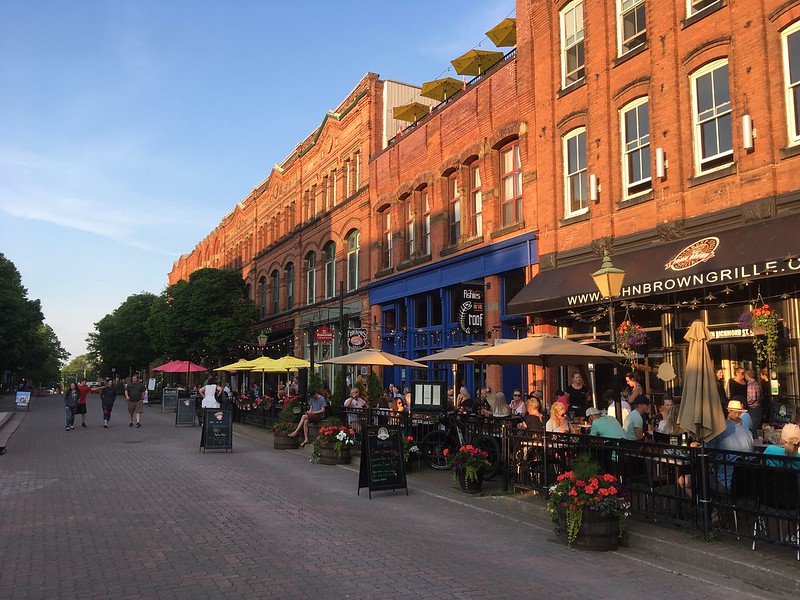 Most nights of late have been spent sitting at Receivers Coffee on Richmond Street in Charlottetown utilizing their wifi and drinking their decaf expresso. They have a flourless brownie which is deceptively small, it’s so dense that it’s enough to share with 2 – 4. It’s a great place to spend the evening, if not a bit too noisy. I would guess the staff, after a long day, turns the music a little bit louder to help them get through the final couple hours of the night. Tonight Bell Aliant is coming to hook up fibre Internet to our place so my nights sitting here will be less frequent in the future. Which is a pity because the whole area is great for a short walk before heading home.

I didn’t notice it when I was home last spring but the downtown seems to have changed in many subtle ways over the years. Not just the demographics, which have changed a great deal – it’s wonderful to hear bits of Mandarin interspersed amongst the local version of English. There seem to be a flurry of apartment units and offices tucked tastefully into the neighborhood and an ever expanding choice of restaurants to choose from. I only wish the character of the streets around Richmond would continue for a few more blocks. And unlike in Hsinchu, no one tries to run you over with their car.

I don’t think it’s just the clear skies and fresh air influencing my belief that downtown Charlottetown is a great place to be and, for those lucky enough, live.