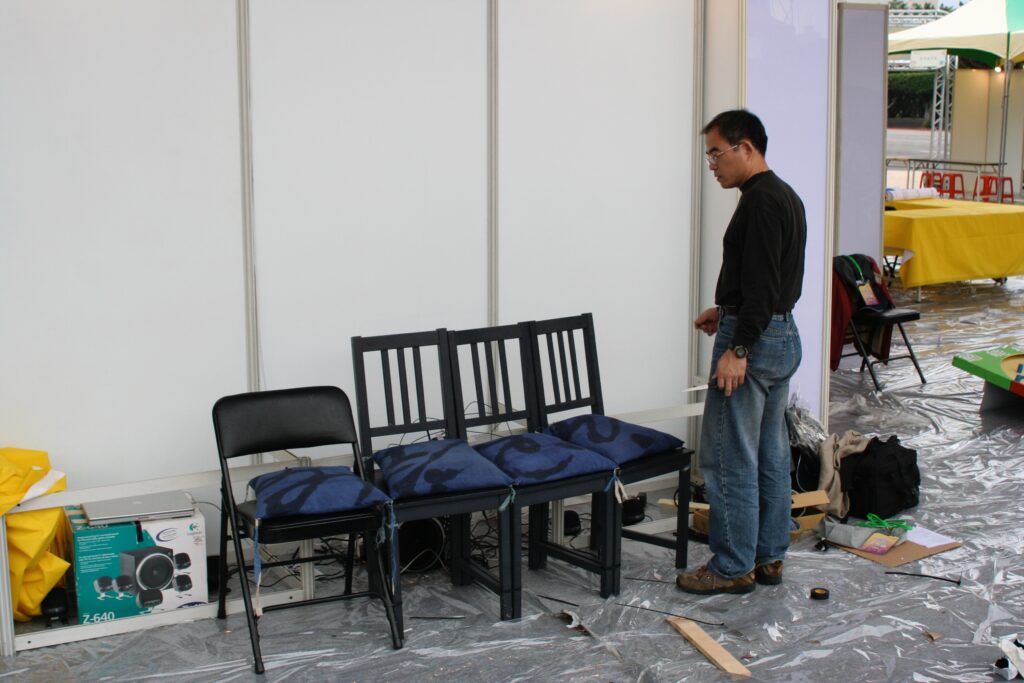 16 years ago we were invited to display our musical chairs prototype in front of the Presidential Office Building in Taipei but somehow forgot one of the chairs we used. Though the replacement worked it was rather embarrassing. Actually, considering how simplistic the concept was, I’m surprised we were invited at all. We embedded pressure sensors in pillows which allowed people to create music by activating prepared samples and manipulating various parameters based on how people moved to the music. Though the artists statement was ever so slightly more eloquent, essentially four people created a musical performance with their ass. An in-action shot is below. 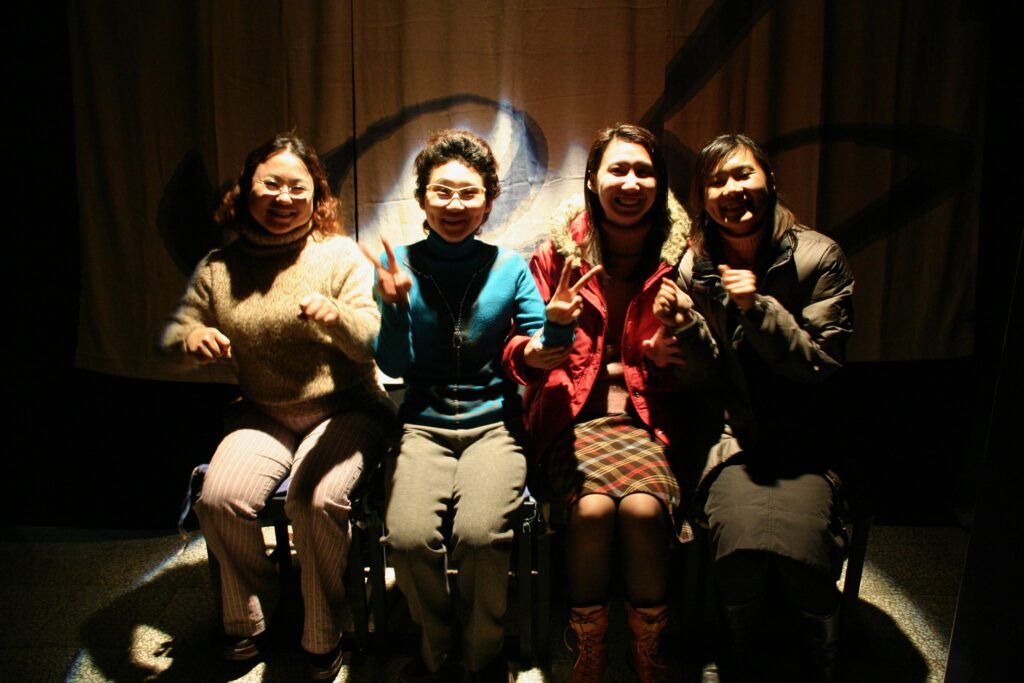