Best wishes have been trickling in and a lovely piece of art is in the mail but we won’t be celebrating the lunar new year this year. The kids were deeply invested in the holiday but Sheryl and I were at best interlopers. For much of our time in Taiwan we were stuck in the middle of 2 cultures and seemingly never really fully invested in either.

Though the time stamps on the photos say 2000, it must have been about 18 years ago that we spent the lunar holiday in Vietnam. I took an interest in their political posters of the time and a few I’ve shared below.

It wasn’t as much of a holiday as we had hoped. Sheryl was pregnant with Catriona at the time and developed complications which necessitated a trip to the women’s hospital nearby. Though the hospital looked like any other and the doctors treated her well, we didn’t place much faith in their medical system but it all worked out fine, as Catriona is with us today. Unfortunately it meant for the rest of the vacation Sheryl was confined to bed rest in our hotel room.

We never returned, but hopefully in the future we can grab our backpacks and explore the country again. 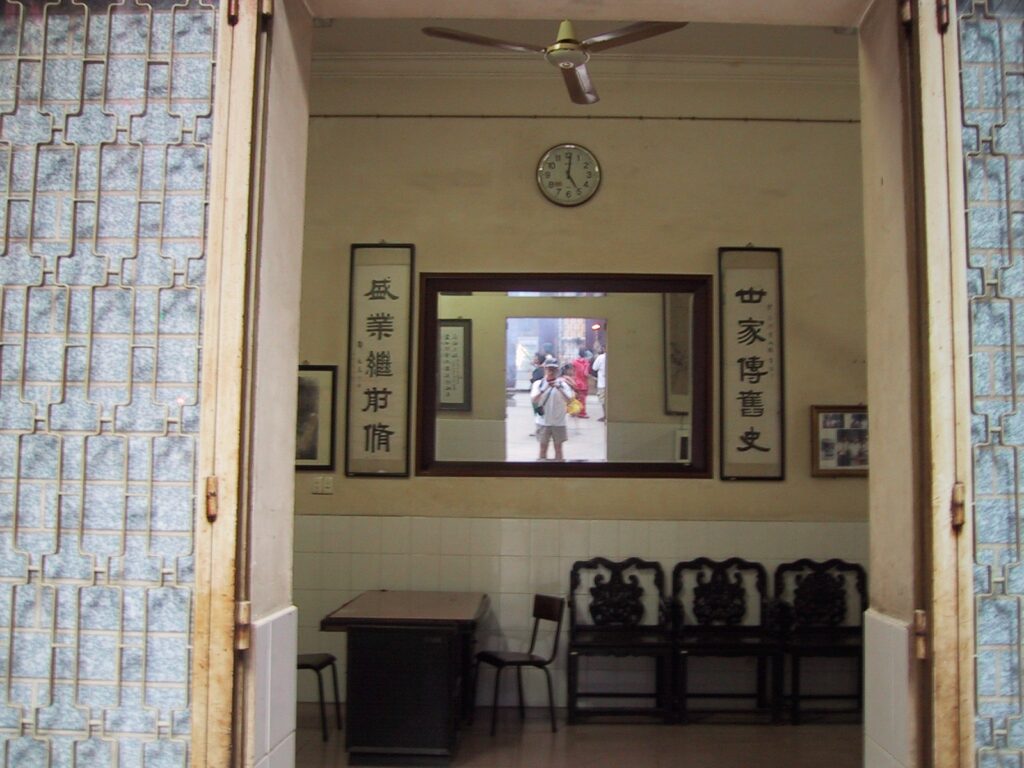 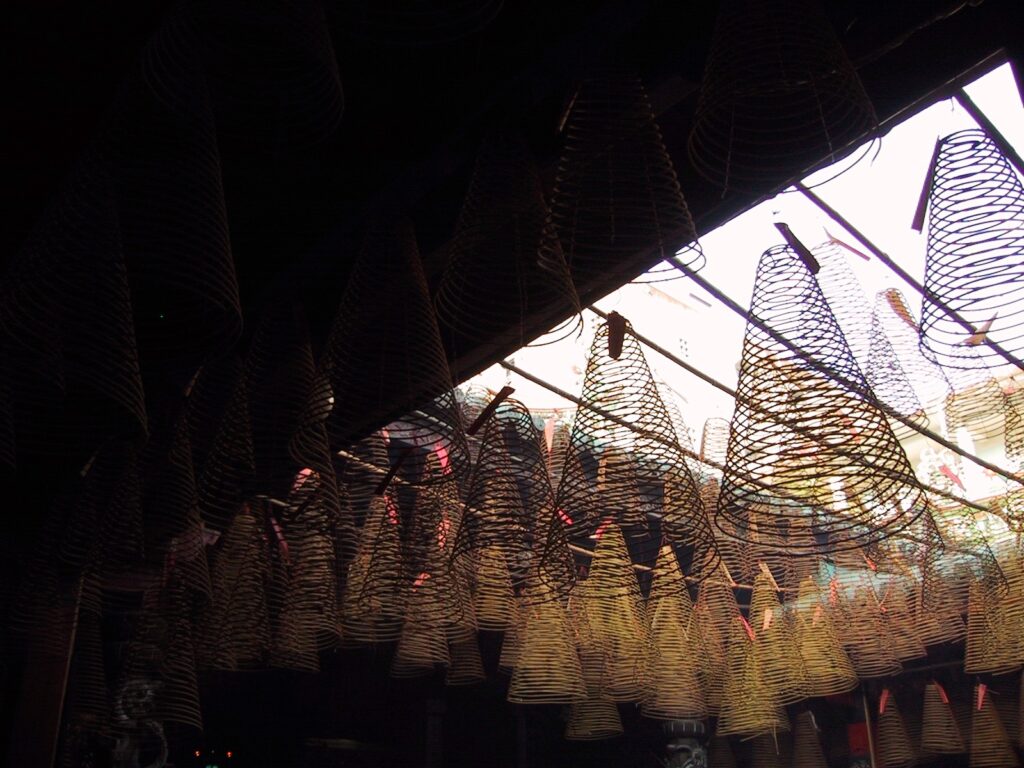 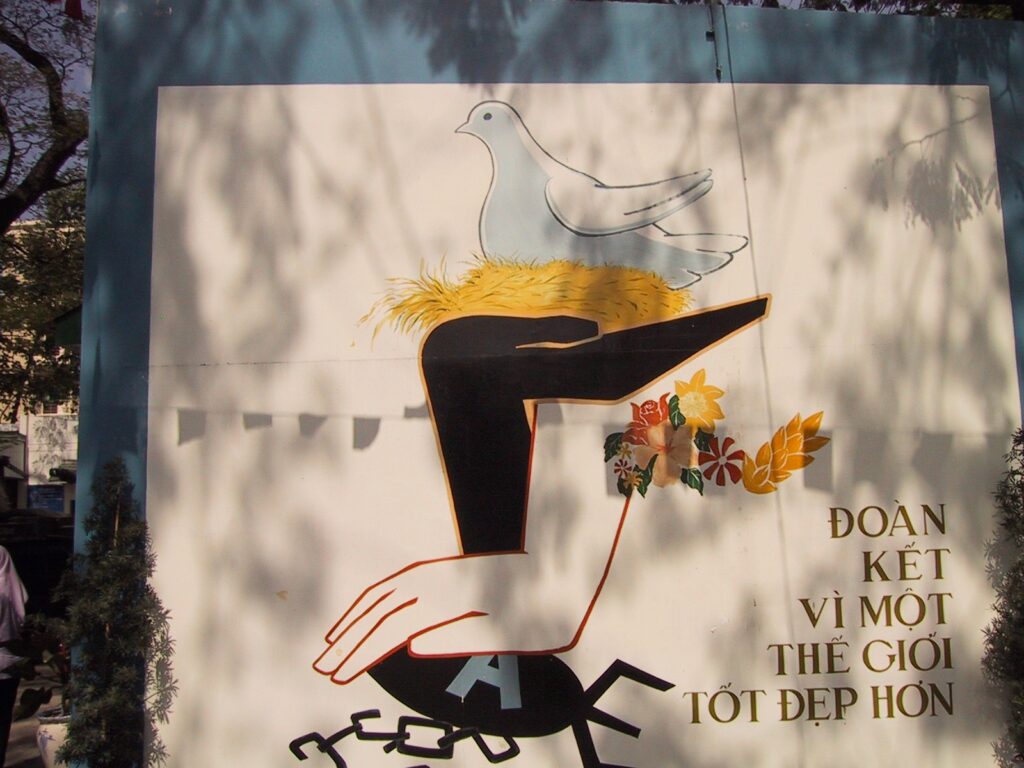 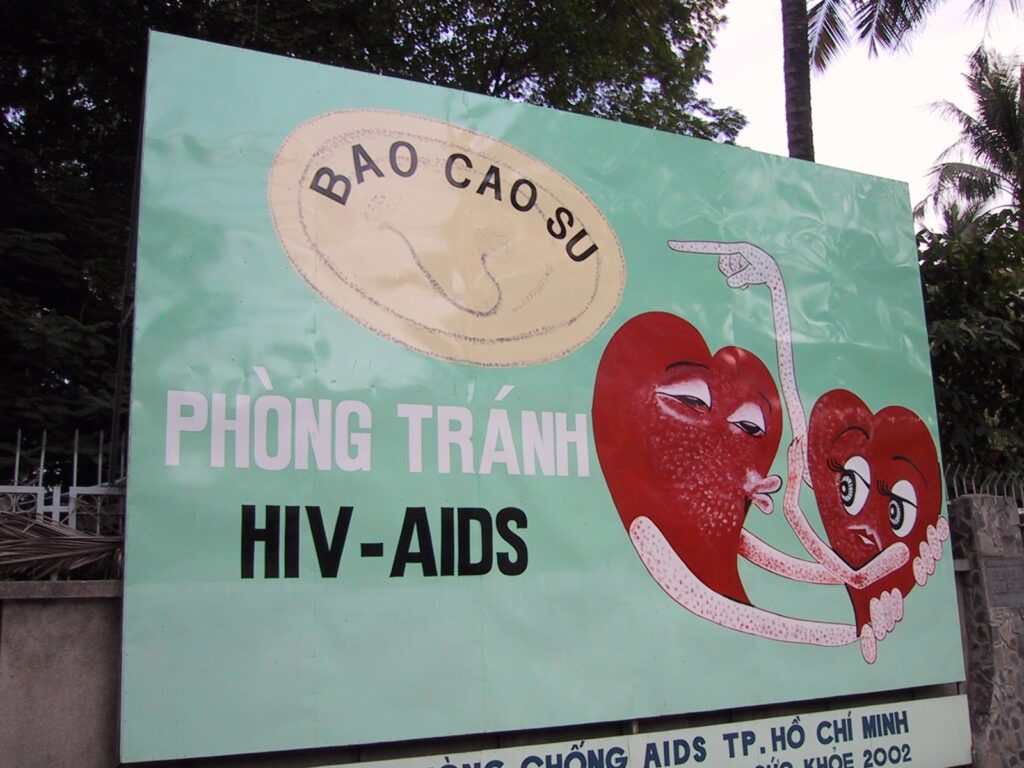 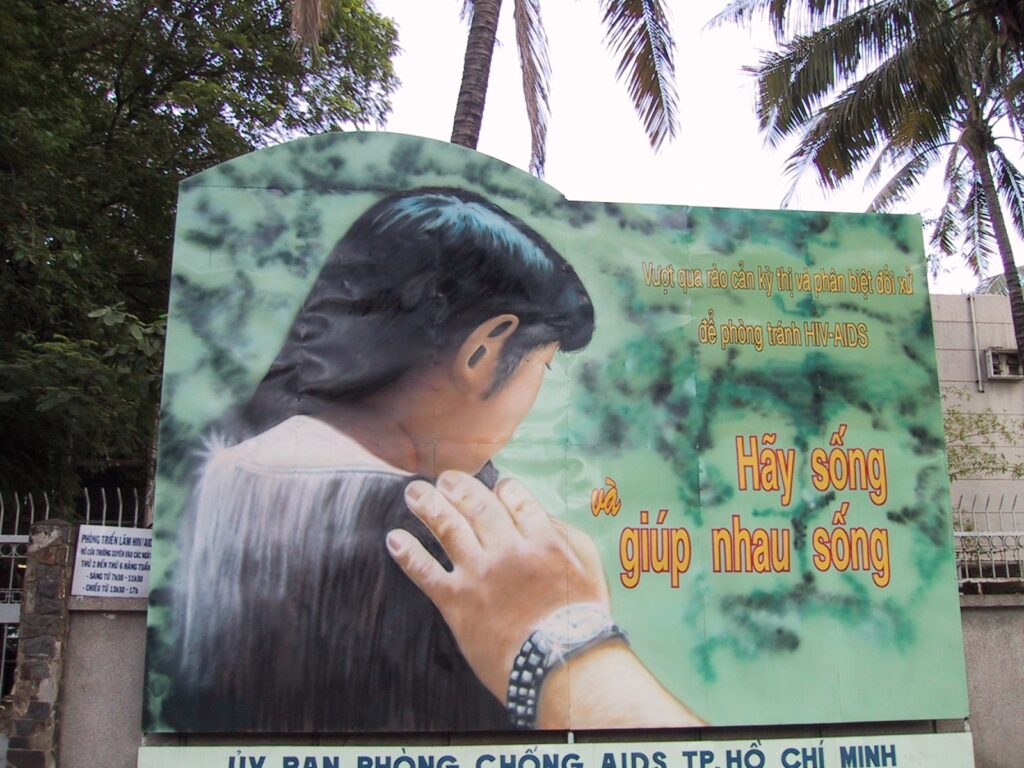 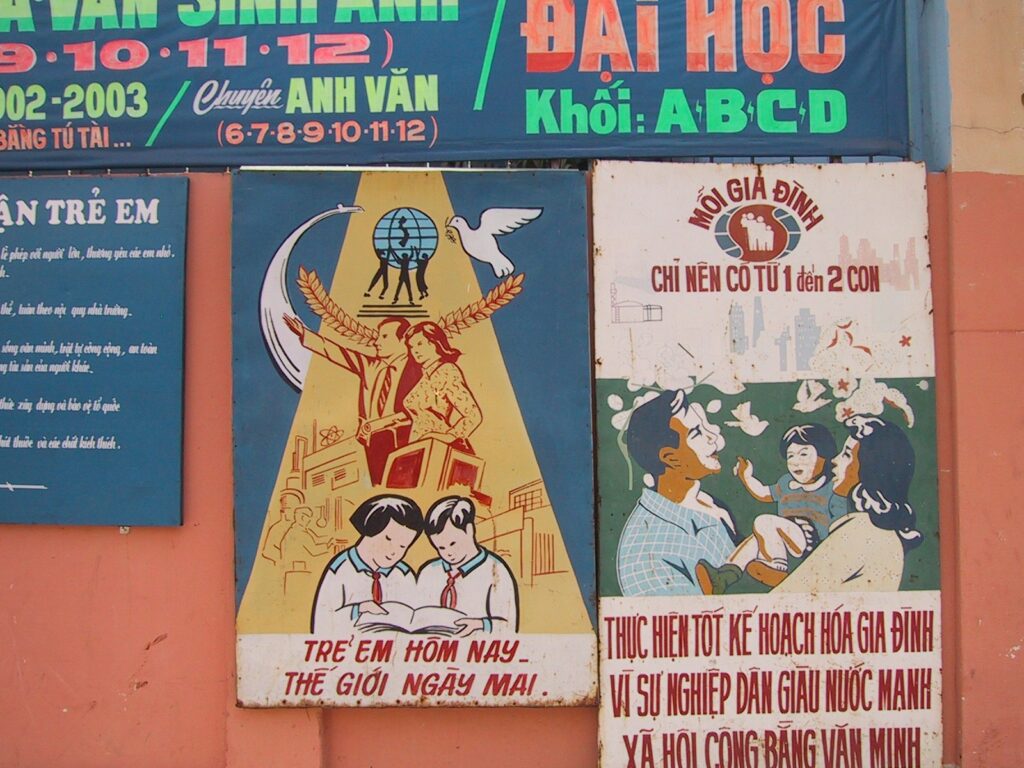 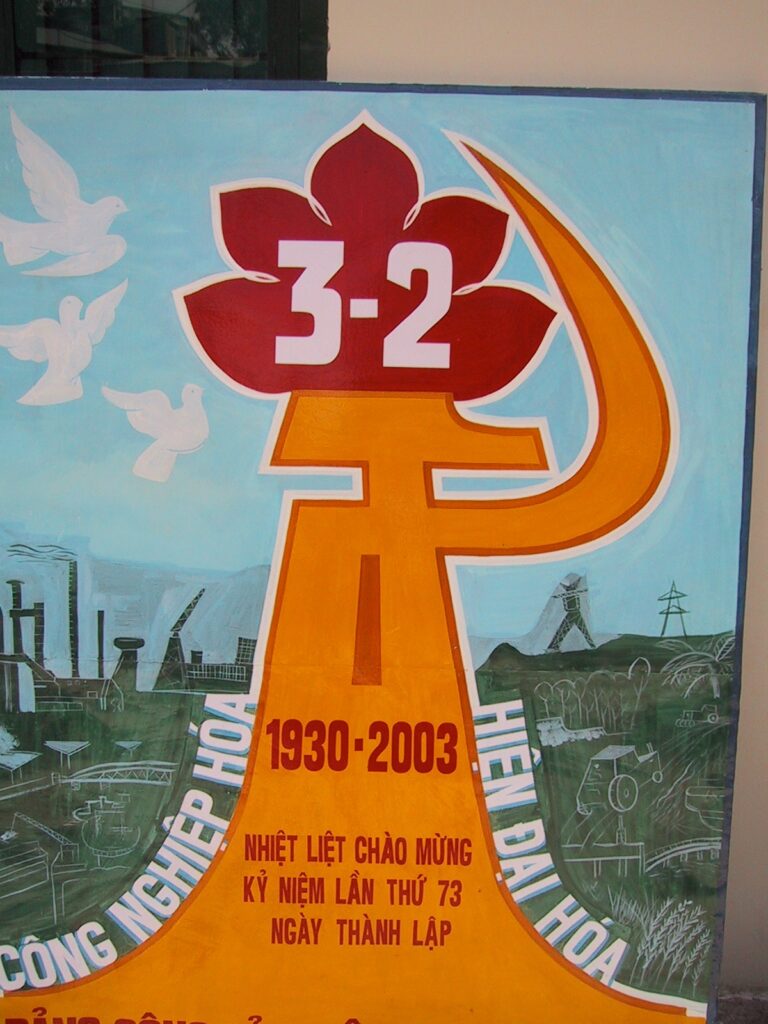